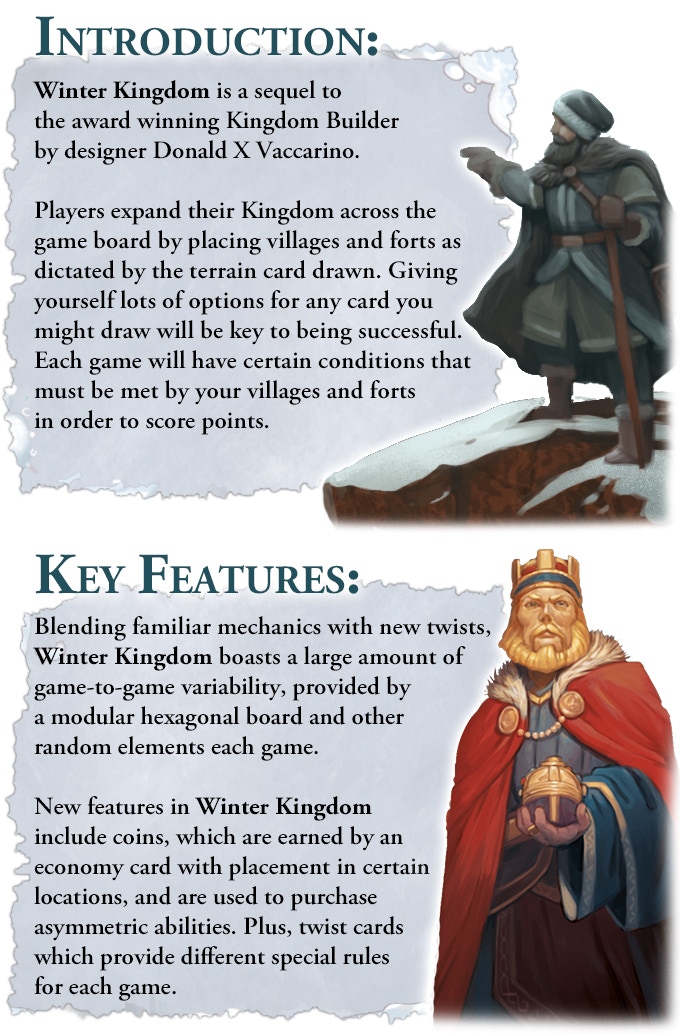 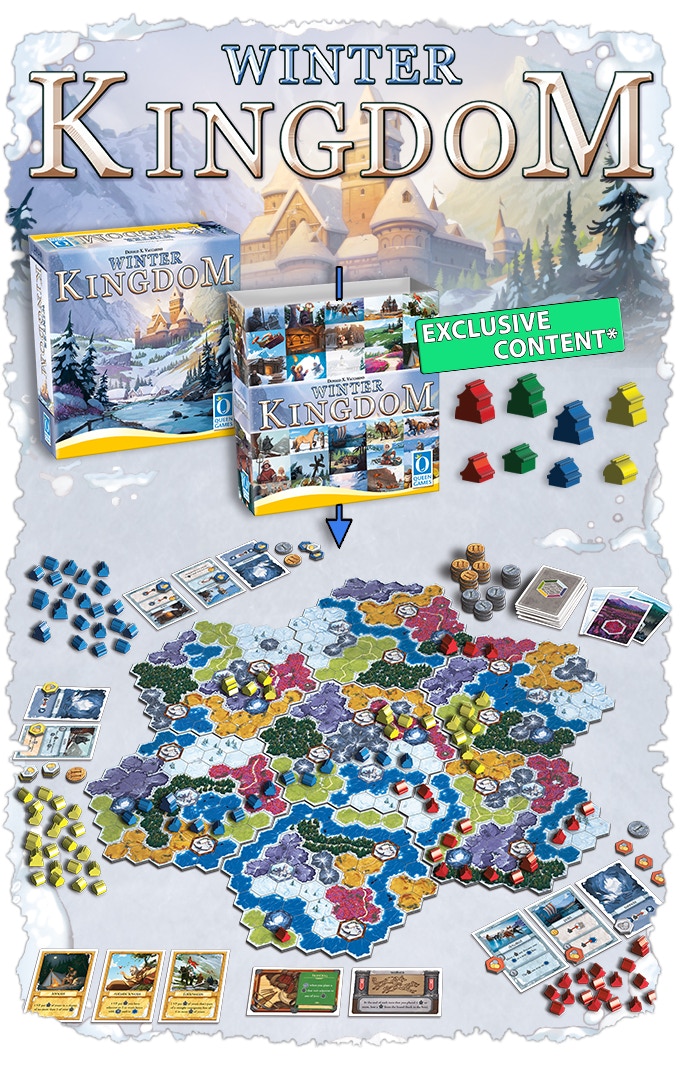 Each player expands their kingdom by placing houses and forts on different terrains, each turn increasing their reach and taking control of important hex spaces. On a turn the player must build three houses on the terrain shown on their Terrain Card, which will depict one of the six terrains on which players can build: Fell field, Tundra, Flower field, Grassland, Snowscape, and Forest.

Whenever possible, houses must be built adjacent to other houses, although if this is not possible they may choose any space of that terrain type on the map.

A Fort may be placed at any time instead of a house. These count as two houses on one hex, which can earn more coins or victory points, but they cannot be moved by an ability. Each player has only four forts to build, so they they must be placed wisely.

Each house placement is important, since players can earn victory points or coins for building on certain hexes. Each game, three Winter Kingdom cards determine on which spaces players earn victory points by placing houses or forts on them. These scoring rules are used for all players, so there will be competition for these important spaces. With a total of 18 available Winter Kingdom cards, there are

No game will feel the same, since the conditions for victory points change each game.

Players will want to craft their strategies based on powerful abilities that help them each turn place additional houses and even move houses on the board. In order to acquire an ability, the player must pay the coins depicted on their ability card. Once payed they put the card into play and can now use the ability each turn. Each can also be upgraded by paying the upgrade cost, increasing its effectiveness. Every player starts the game with 5 ability cards from a total of 25 cards, meaning each player has a different set of abilities and has to make the best use of them.

Coins needed to acquire and upgrade an ability are earned by meeting the condition of the economy card. There are 8 different economy cards, and in each game only one card is active. Players must decide how many coins and abilities they need, because each house placed to earn coins is a house that potentially does not earn any victory points.

Finally, if players would like to switch up the rules they play even more, they can choose one of the eight twist cards. These cards change basic rules of the game significantly, making players think of different ways to approach the game. This ensures that the game feels fresh and offers new challenges, even after countless rounds!

The game ends after at least one player has built all their 32 houses and 4 forts. Now its time to count how many victory points each player gained. After all Winter Kingdom cards are evaluated for all players, the one with the most victory points is the WINNER!